We are part of the Christian Church (Disciples of Christ), a movement for wholeness in a fragmented world.

As part of the one Body of Christ, we recognize and welcome all Christians.  We believe that all Christians are called to be one in Christ and to seek opportunities for common witness and service. 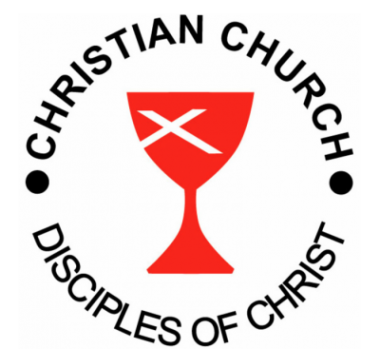 The Christian Church (Disciples of Christ) grew out of two movements in Pennsylvania and Kentucky.  These movements, led by Thomas and Alexander Campbell, a Presbyterian Scotch-Irish immigrant father and son, and Barton Stone, a fifth-generation American that was also a Presbyterian, united in 1832.  The church hoped to restore Christian unity by returning to New Testament faith and practices.

Other groups such as the Churches of Christ eventually pulled away due to disagreements over-organized missionary activity and instrumental music.

The purpose of the congregation shall be as revealed in the New Testament to win people to faith in Jesus Christ and to active commitment to the church; to help them grow in the grace and knowledge of Christ that increasingly they may know and do His will; and to work for the unity of all Christians and with them engage  in the common task of building the Kingdom of God by loving all, serving all, and praying for all. All church members are eligible for any position based on their spiritual gifts. All means all.